You are here: Home / Library / Bait and Switch 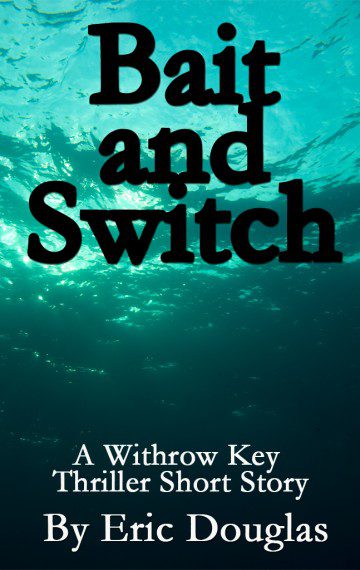 Drug smugglers are flying their cargo into the Florida Keys to distribute throughout the United States when their plane crashes just offshore from Withrow Key. Diving on the crash site for the local sheriff, Jackson realizes everything isn’t quite what it seems. It is up to Jackson and his friends to make sure the drug cartel doesn’t see his home as a route for drugs ever again by performing a bait and switch.

This is the second Withrow Key thriller short story. Set on a bypassed key in the Florida Keys, life moves a little slower and a little weirder.

Each Withrow Key thriller short story features scuba diving, adventure, boats, the ocean and mystery along with beautiful locations and scenery. This story introduces Jackson Pauley’s best friend Randy Littlebear, a tribal cop from the Seminole reservation to the north, but when they meet they don’t know they are on the same side of the law.