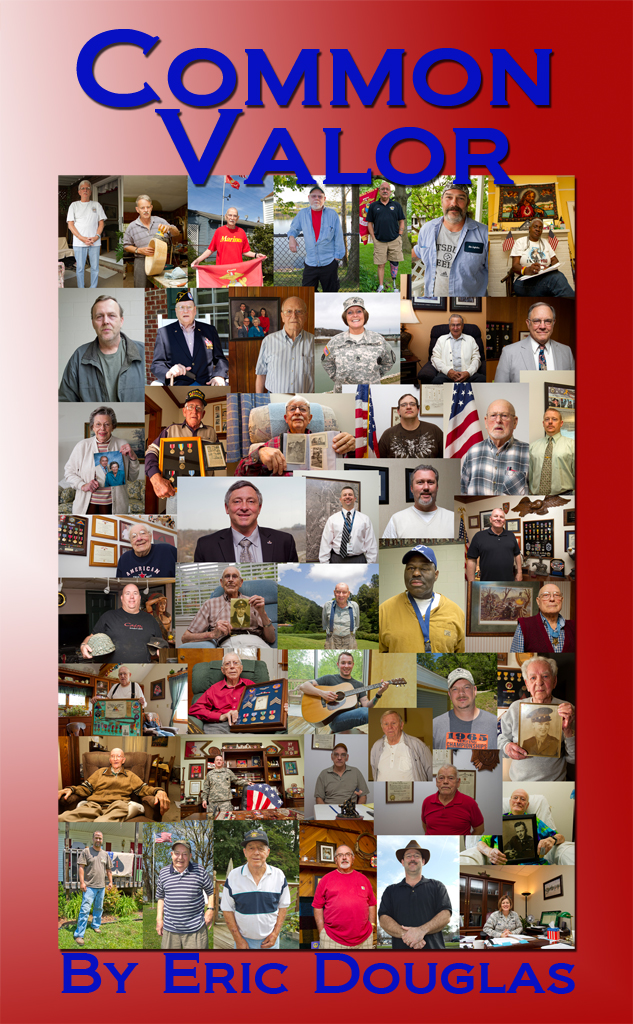 West Virginia sends more of her sons and daughters to war than any other state, per capita. Common Valor includes the stories of 46 West Virginia war veterans, including Medal of Honor recipient Hershel W. “Woody” Williams, with their thoughts on service, on war and on returning home. These veterans served from World War II to Operation Enduring Freedom in Afghanistan. Common Valor is the companion to the multimedia documentary West Virginia Voices of War and it includes the complete story from the documentary as well.

**This book was accepted for sale by a jury of writing peers at the exclusive Tamarack bookstore.

Author, journalist and documentarian Eric Douglas spent 15 months interviewing West Virginia war veterans, collecting their thoughts on war and coming home. Each of the 46 interviews will be submitted to the Library of Congress for the Veterans History Project and he has also compiled the interviews into a documentary and book.

“As I worked on the project and interviewed more veterans, I was struck by the similarity in their stories. Whether they served in Afghanistan or in World War II, their stories were very much alike. They talked about home, family, comradery and doing their duty. They loved their fellow soldiers and felt guilty if they had to leave them behind,” Douglas said.

West Virginia Voices of War is a multimedia presentation, combining audio recordings with portraits of each veteran and images from various wars. “I really wanted people to listen to the voices and to concentrate on what the veterans were saying. Sometimes with video it is easy to be distracted watching the person speaking to the point that you don’t really hear what they are saying.” The presentation also features the music of West Virginia musician Jeff Ellis, himself a veteran of Operation Iraqi Freedom.

Thanks to the project donors!

Press release published in the 4/25/12 editions of the Charleston Newspapers Metro section.

The Recollective published a great write-up about the project..