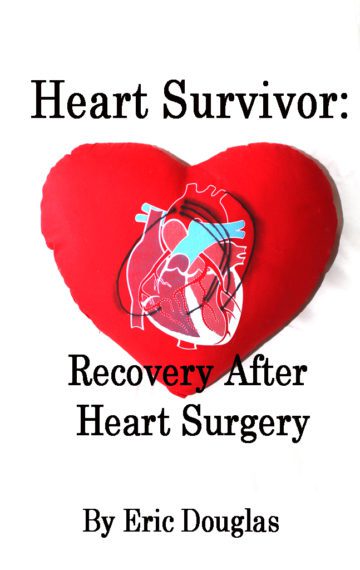 In this first-person account, author Eric Douglas examines his own recovery from open-heart surgery and the road back to health and fitness as a Heart Survivor.

In January 2016, Douglas failed a stress test and ultimately had quintuple bypass surgery. Looking back over the previous year, he recognized many times that he denied symptoms and ignored the possibility that his heart was in trouble. Following the surgery, Douglas made two promises: to be as public as he could about his own recovery process so others could learn from it; and to get back in shape so he could return to scuba diving.  You can find out more about his journey in a series of newspaper articles and columns he wrote for Scuba Diving Magazine on his Heart Disease and Diving page.

Douglas’ story is for anyone diagnosed with heart disease whether they are treating their condition with diet and medications, received stents to open arteries or have had open-heart surgery. To further illustrate the recovery process, Douglas surveyed more than 100 survivors to learn about their diagnoses, the changes they made in their own lives and how their own recoveries progressed.

Eric appeared on the talk radio show ScubaRadio on January 14, 2017 to discuss Heart Survivor with Greg “The Divemaster” Holt. Greg followed Eric down the heart surgery path, but discusses that he felt prepared for the journey after following Eric’s recovery.

This is a book I will recommend highly to all of my coronary artery disease patients so they can see what lies ahead of them from the perspectives of others who are farther along on their own road to recovery.

I heard about Eric’s story and followed his road to recovery, just from a human-interest standpoint. I had no idea I would find myself on a similar path just a few months later. However, I do know his willingness to share prepared me for my unexpected journey through open heart surgery. Knowing the process, the challenges and how others have dealt with them, bought a level of calmness to an otherwise chaotic life event. This book is for you whether you know it or not.