You are here: Home / Library / Flooding Hollywood: Fanatics at the Dam 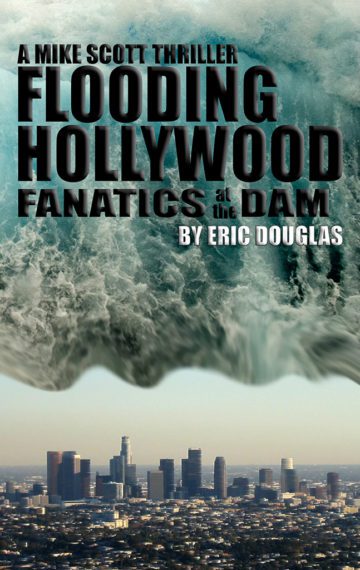 Kindle and PaperbackBarnes and Noble

Criminals in Los Angeles are using a dive operation to smuggle illegal drugs into the City of Angels. Or are they up to something more sinister? It is up to photographer Mike Scott to figure it out. And he has to do it before disaster strikes the heart of the city. Beginning as a simple photo shoot to capture glamorous images of an actress enjoying the sport she loves–scuba diving around Santa Catalina Island–things quickly turn serious. Before it all ends, the two will face danger and fanaticism in the Hollywood Hills.

Flooding Hollywood pits photographer Mike Scott against a group of fanatics bent on destroying Hollywood. The story begins with Mike Scott on a photo shoot with up and coming actress Diane Taylor. They decide to combine some personal recreation with the shoot and spend a couple days scuba diving in an around Santa Catalina Island, off the coast of southern California. On a dive, Scott witnesses another diver picking up stray packages underwater. He doesn’t think much about it the first day, but when it happens two days in a row, it gets his mind going. Assuming the divers are smuggling drugs into the city, Scott tips off the police. That act of curiosity and initiative places Scott on a collision course with fanatics bent on imposing their will on the city of Los Angeles.

Set underwater around Catalina Island and around the city of Los Angeles, Flooding Hollywood takes readers on a ride from LA Harbor to the Hollywood hills on a fast-paced ride of intrigue.

Outstanding follow-up book to Cayman Cowboys involving Mike Scott however much more of a darker read in this age of global terrorism. As with Cayman Cowboys descriptions of diving technical procedures, vocabulary, and locales are first rate. Having lived plus dived in Southern California/North Carolina Outer Banks described in detail knowledge by author of both locales showed extensively throughout novel. Additional research involving Los Angeles Harbor and U.S. Coast Guard homeland security endeavors well research and written as well. Excellent read for cross country air travel since fast paced and easy to follow.