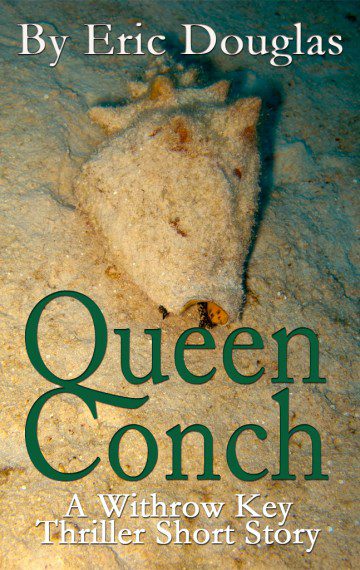 Queen Conch is a protected species in the United States, but smugglers are catching them close to Withrow Key for restaurants in Miami. In the process, they are tearing up the coral reefs and creating an environmental disaster. It is up to Jackson Pauley and Randy Littlebear to determine if this is simply an illegal fishing operation or if there is something bigger going on. Is someone making a land grab to build condos on Withrow Key?

This is the fifth Withrow Key thriller short story. Set on a bypassed key in the Florida Keys, life moves a little slower and a little weirder.

Each Withrow Key thriller short story features scuba diving, adventure, boats, the ocean and mystery along with beautiful locations and scenery. Jackson Pauley and Randy Littlebear get a visit from Mike Scott, international news photographer and the main character from the Mike Scott adventure series. This story also introduces a character featured in the Mike Scott novel Wreck of the Huron.