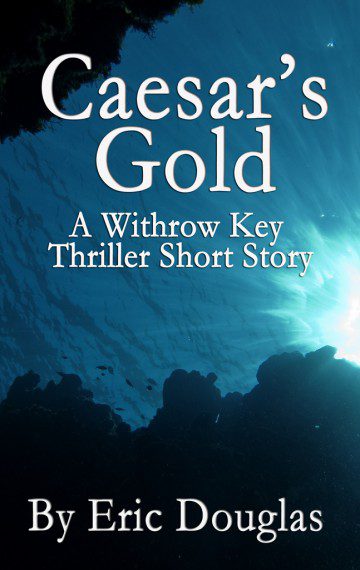 Jackson Pauley and his nephew Zach, an Afghan war veteran and double-amputee, happen upon a buried vault, with ties to Black Caesar, a pirate who sailed the waters of the Florida Keys 300 years before. Seeing the vault and discovering a journal left behind by the person who built the vault, they are intrigued by the prospects of gold treasure. When men threaten Zach, and an archaeologist called in to investigate the vault goes missing, they decide to solve the mystery before anyone else gets hurt.

This is the seventh Withrow Key thriller short story. Set on a bypassed key in the Florida Keys, life moves a little slower and a little weirder.

This story was inspired by the Diveheart Foundation and the work the organization does to help people with disabilities learn to scuba dive, including wounded warriors.

Buy the book! Donate or volunteer.

Eric Douglas writes a very good series with Withrow Key. They are enjoyable books that has you feeling that you are right there in the sunshine. Please keep them coming..