You are here: Home / Library / Put It Back 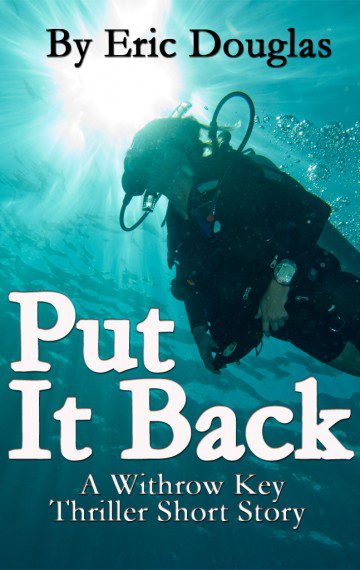 When divers find a mysterious box underwater near Withrow Key, they bring it to the surface. Almost immediately, odd things start happening around the island; people aren’t acting right and neither are the lights, the animals or the weather. Before the supernatural forces at work are released spelling doom for the local residents and the treasure hunters alike, Jackson Pauley and Randy Littlebear have to put the box it back to where it came from.

This is the third Withrow Key thriller short story. Set on a bypassed key in the Florida Keys, life moves a little slower and a little weirder.

Each Withrow Key thriller short story features scuba diving, adventure, boats, the ocean and mystery along with beautiful locations and scenery. This story revolves exclusively around the two main characters Jackson Pauley and his best friend Randy Littlebear. Littlebear uses his knowledge of Native American lore to help Jackson understand what is going on.