You are here: Home / Uncategorized / July 4th and the pursuit of happiness 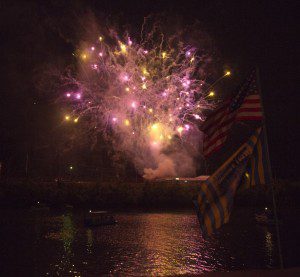 If you think about it, we have seen an incredible amount of change in this country in the 239 years since the founding fathers signed the Declaration of Independence July of 1776.

Even that event, though pivotal, was just a single event in a greater conflict. The Revolutionary War began more than a year earlier and wouldn’t end for seven more years: April 19, 1775 – September 3, 1783.

The Declaration of Independence itself was more of a process than an event.

Even though it didn’t all happen in one day, the document, and the Constitution that came later, set up the United States as something unique in the world. I don’t know if Americans are actually “special” as some suggest, but I know we were given a mandate and head start that no other country in the world can claim.

“We hold these truths to be self-evident, that all men are created equal, that they are endowed by their Creator with certain unalienable Rights, that among these are Life, Liberty and the pursuit of Happiness.”

When you’re celebrating the Fourth of July and listening to patriotic music or watching the fireworks, I challenge you to remember and think on those 35 words from the Declaration of Independence. Events in the news make us realize that even though our Creator may have created us equal, we don’t do such a good job of living up to that. We have the right to Life and Liberty. And no one ever promised us happiness, but we were promised the right to pursue it.