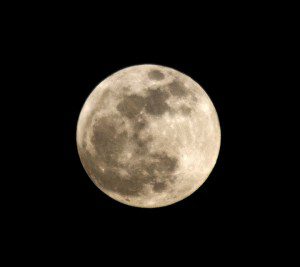 The smoke from Captain JD Dawson’s cigar curled toward the full moon. This moon, a blue moon, was bright enough to keep the Miss Jayne Marie running through the night. He wanted to get back to River Town by morning. There were some strange things going on there and he wanted to get back.

The moon was full another night JD didn’t remember so fondly—the night his beloved Jayne Marie, mother of his two daughters, died from the fever. Afterward he told his girls to look for her face in the moon and he talked to the moon like he was talking to his wife. He could hear her talking to him, too. Well, not talking, but he knew she was there watching out for him.

A brief flash of, well, it wasn’t exactly a light, but something brought JD’s attention back to the river. He had a lookout on the barge they were pushing, but Jack hadn’t signaled anything was wrong. Then he saw why. Jack was asleep.

On instinct, JD turned the Miss Jayne Marie sharply to port. Seconds later he heard the sound of a submerged tree scraping down the right side of the barge and then the sternwheeler. The wooden hull of the steamboat probably could have handled the collision, but he doubted the barge would have made it. Even if it had, the sternwheel would have been torn apart and they would have been dead in the water.

“Captain! We just had a close call!” the Miss Jayne Marie’s chief engineer shouted through the brass tube from the boiler room to the pilot house.

“I heard it,” JD growled back. “The lookout fell asleep. Send one of your men to wake up Cline and get him up here to take the wheel. Back off to one third. I want to look around and make sure everything is all right.”

JD reached up and pulled the cord to the steam whistle. A piercing scream shattered the night. He watched the lookout jerk awake and stand up. JD decided to deal with Jack later.

When First Officer Cline showed up, JD nodded to the man and pointed to the pot of coffee and then stepped out on the upper deck. He was about to walk around when he paused to look up at the moon again.

“Thanks honey. I know that was you lookin’ out for me.”

He smiled for the first time in a while. He thought for a moment he could see her face in the blue moon hanging over his head.

As he stepped toward the stairs, he heard the sounds of a scuffle and then a splash. It was going to be a long night. He knew he wasn’t going to get any sleep but he was glad it was a full moon—Jayne Marie was going to be with him through whatever lay ahead in River Town.

If you want to find out more about River Town, check out the full book!.