You are here: Home / Diving / CCTV on Lobster Divers in Honduras 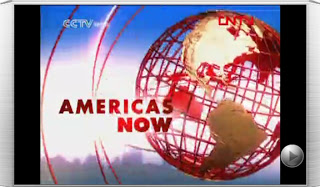 A few weeks ago, I posted a blog about being “made up” for international television. I had been invited to Washington DC for an interview on China Central Television (CCTV). They were doing a story on the lobster divers of Honduras for their broadcast on an English-language show Americas Now. The network broadcasts all over the world to English and Asian audiences.

The story aired last night on the network. Technically, it aired at 9:30 am Beijing time on Monday the 16th, but with the International Dateline, that made it Sunday night at 9:30 pm.

The network and the reporter, Michelle Begue, did a great job with the story. From the looks of it, they weren’t able to go out on one of the lobster boats to dive with the divers, mainly relying on stock footage and live footage and interviews with the divers who have suffered the results of diving for lobster.

As I have written about this issue and given interviews about what I’ve seen there, many people understand the issue, but others have questioned why we should care. I find it somewhat ironic that China television is telling a story about people laboring under terrible conditions when just a few weeks ago, stories broke about Chinese workers laboring under unfair conditions in China at an Apple factory building iPads and iPhones. 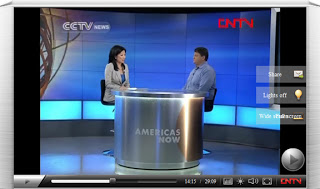 I see no difference in the lobster divers and men and women toiling in sweat shops. Groups have attempted to teach the divers safer diving techniques, but they get paid piecework. If you cut their diving in half, they can only make half as much money on a dive trip. They very quickly realize they can’t feed their families and their only option is to sacrifice their bodies. Apple is changing their work rules, hiring more people and still paying the men and women in the factory the same amount of money. Until that sort of thing happens for the lobster divers, there won’t be a significant change.

The story is called “Dangerous Prize” from the April 16, 2012 show. It is the first segment in the broadcast. My interview comes in around 14:09. All of the video clips and still images that show during my segment are mine.

If you want to see other stories on this subject, visit the page on my website for more links and images. You can also scan back through this blog. There are many posts from four trips to Honduras and trips to Brazil and Isla Natividad Mexico where divers harvest the sea and sacrifice their bodies..