You are here: Home / Books / Veterans Day is a time to say thank you 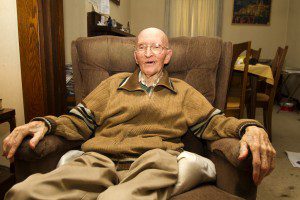 The following column ran in the local newspaper last week. A couple days ago, I learned that another of the veterans I interviewed for the West Virginia Voices of War documentary and the book Common Valor passed away. Rex Miller fought in the Battle of the Bulge and rode a self-propelled artillery gun across Europe in World War II. That sacrifice, and the sacrifice of those who followed after him, should never be forgotten. This column is dedicated to Rex and everyone else who served.

Quite a few holidays have morphed from their original intent: Memorial Day, Halloween, and don’t get me started about Christmas.

The holiday celebrated on November 11, Veterans Day, has changed, too, but this is an evolving holiday that has improved over the years. According to Wikipedia, Veterans Day “coincides with other holidays such as Armistice Day and Remembrance Day, which are celebrated in other parts of the world and also mark the anniversary of the end of World War I. (Major hostilities of World War I were formally ended at the 11th hour of the 11th day of the 11th month of 1918, when the Armistice with Germany went into effect.)”

In 1945 Raymond Weeks, a WWII veteran, had the idea to make the holiday a National Veterans Day, honoring all those who served. He led the first celebration in 1947 in Alabama and every year after that until he died in 1985. President Reagan honored Weeks with the Presidential Citizenship Medal and referred to Weeks as the “Father of Veterans Day.” It became an official federal holiday in 1954.

While conducting interviews for the West Virginia Voices of War documentary and the companion book Common Valor, I spoke to many more veterans than agreed to sit down with me and give me an interview. Most of the ones who didn’t want to talk demurred, saying their story wasn’t all that significant, or they weren’t heroes. I wasn’t necessarily looking for “heroes” in the project, but I accepted their No with a “thank you for your service” and let it go at that. At a recent meeting, I heard a veteran talking to a veterans group and he was embarrassed that he hadn’t deployed to Iraq or Afghanistan. I thought it was very important that everyone in the room told him that wasn’t important. They regarded him as an equal because he served.

Say thank you to a veteran on Veterans Day. And every day after that.

IT IS THE SOLDIER

It is the Soldier, not the minister
Who has given us freedom of religion.

It is the Soldier, not the reporter
Who has given us freedom of the press.

It is the Soldier, not the poet
Who has given us freedom of speech.

It is the Soldier, not the campus organizer
Who has given us freedom to protest.

It is the Soldier, not the lawyer
Who has given us the right to a fair trial.

It is the Soldier, not the politician
Who has given us the right to vote.

It is the Soldier who salutes the flag,
Who serves beneath the flag,
And whose coffin is draped by the flag,
Who allows the protester to burn the flag.