You are here: Home / Adventure / Back to writing: Mike Scott returns! 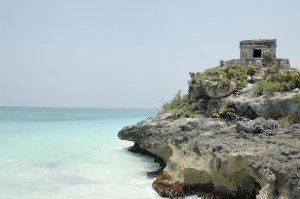 In every article or blog about writing, you’ll read that you must write every day. I definitely think that’s true. It is like practicing anything. You can’t strum a guitar once a month and expect to improve. I know. I’ve tried.

On the other hand, I don’t like efforts like the National Novel Writer’s Month. I tried it out this year and I didn’t end up finishing it. About half way through, life got in the way and I couldn’t keep up the pace of writing 1600+ words a day on a single project to get 50,000 words in by the end of November. As I understand it, a lot of people start the NaNoWriMo, but not many complete it.

It got me thinking that the failure to complete a project might make some writers think they’re failures as writers in general. I don’t know about other writers (we are by definition a fairly solitary lot) but I write pretty much every day, but I have several different projects going at any given time. I don’t get writer’s block; I just shift my writing to other projects when I get stuck.

This is my long-winded way of saying I’m back to work on a project that has been about a year in development. I’m working on the fifth Mike Scott adventure novel tentatively called Heart of the Maya. It begins in West Virginia and ends up on the Riviera Maya. The story follows the discovery of a Mayan grave and skeleton at the bottom of an Adena Indian burial mound. There is also a mystery revolving around a missing artifact and the murder of one of Mike Scott’s friends when he was in college. It all comes together at the bottom of a holy cenote in Mexico. There’s plenty of diving, action and adventure, along with some tie-ins to other stories and things. It’s a pretty fun story, even if I do say so myself.

I hit a point in the story several months ago that got me stuck. I ended up setting the whole thing aside, while keeping it on my desktop and keeping a note about it in my ToDo list so I wouldn’t forget about it. I think perseverance is the key, but perseverance doesn’t necessarily mean beating your head against the wall, either. Sometimes it makes sense to take a step back and look at things from a fresh perspective, or let time work its wonders.

For the record, the story I began writing for NaNoWriMo is live on my website. I decided it liked the story, but it didn’t need to be 50,000 words. I wrapped it up and cut out some of the fluff inherent in aiming for word counts rather than writing to tell a story and finalized it around 20,000 words. You can read it in the Free Fiction section: Santa is from Outerspace.

I’m down to the last couple chapters to wrap things up in Heart of the Maya. With a little luck and a tail wind, I’ll have them done by the end of the month. Obviously, there are edits and revisions and things that will have to be fleshed out and filled in, but I would guess the next Mike Scott adventure will be ready by late spring.

If you haven’t read the earlier Mike Scott stories, check out:

Mike Scott also makes an appearance in the Withrow Key short story Queen Conch. And if you want to know WHO Mike Scott is, you can read that too..