You are here: Home / Uncategorized / Marshall Memorial and the Green/White Game

The ceremony on November 14 each year where Marshall University officials turn off the fountain at the Memorial Student Center for the winter is a sort of sad occasion. It is the anniversary of the day a plane crashed in 1970, taking with it a football team, coaches and community members who supported it.

On the other hand, the day in the spring where they turn the fountain back on is a happy occasion. It is still about remembering the team and those lost, but it symbolizes the team, and the school, triumphing over those dark days. This was just the third year they timed the returning of the fountain with the annual spring Green/White game. Unfortunately, after eloquent speakers talked about the aftermath of the crash and the strength it took to pull the community back together, someone forgot to check the pump that powers the fountain and it failed to flow. I’m sure someone is not having a very good day since this was in front of all those alumni, the Athletic Director and the university president, and it was a bit anticlimactic. The spirit was there, though. 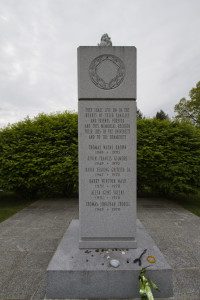 After the Green/White game, 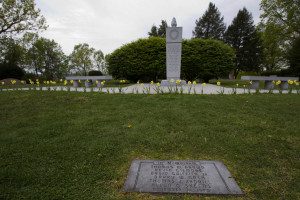 we decided to visit the Marshall Memorial at the Spring Hill Cemetery. Neither Beverly nor I had ever been to see it. It is a beautiful location overlooking the city. Six of the players are buried there as their bodies were never identified. As we got out of the car a lady stopped us and asked if we knew why some people left pennies on the graves or on the memorial. Neither of us did, so I looked it up when I got home. I found several answers, but basically “some say to remember the deceased, to let others know that that person has not been forgotten and that people are still visiting, some believe that if you leave a penny the deceased will stay with you and bring you good luck and some say it’s to pay the toll to cross the river.” I could have guessed at each of those. 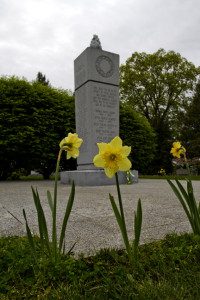 When Bev and I were in school, in the late 80s, it seemed like no one really talked about the plane crash and everything the school and town went through. I’m sure it was too recent for people to really talk about it. Now, forty years after the fact, maybe the emotions aren’t so raw that everyone can still remember and talk through those memories. It’s good for the school, Huntington and the people to work through that pain and enjoy each other again. Two coaches from the 1970 team were at the ceremony today. One teared up, probably both but I wasn’t close to Red Dawson. 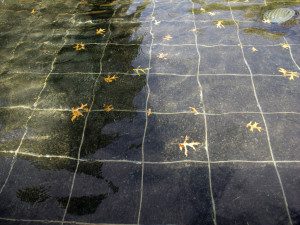 I like this spring event. The green in the trees, the fountain flowing (as soon as they get it fixed) and the green/white game all symbolize the next chapter, a new hopefulness and the possibility of a new year. That is a great thing. After all, football fans are the ultimate optimists. This is going to be our year, right?