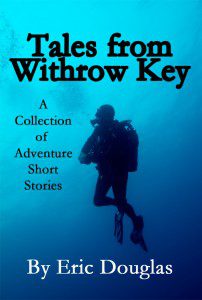 Just in time for winter weather, I’ve released a special collection of Withrow Key dive adventure short stories on both Kindle and in softcover. And right now, you can get the Kindle version for half what it will be next week — $1.99

Get Tales from Withrow Key now!

The following is the introduction from the book, to explain everything.

Over the years, many of my readers have said my books read like a television show or a movie and that they can “see” my stories as they read them. That got me thinking about what it would be like to actually create a television show. And that was where Withrow Key came from.

I toyed with setting a story in the islands somewhere, but for logistics and quirk, it made more sense to go to the Florida Keys. The first story in this series, Going Down With the Ship, was originally published as a serial on ScubaRadio.com by my good friend Greg Holt. We had fun promoting the story each week on his syndicated radio show. A few of the later stories were originally published on ScubaDiving.com, the home of Scuba Diving Magazine, where I’ve been a regular contributor for several years.

The Withrow Key characters have evolved and changed over the years. The one constant has been Jackson Pauley, a New York City firefighter who left the city after 9/11 to find some peace. Instead, he found plenty of adventure, but wouldn’t have it any other way. In Queen Conch, I decided to write a crossover story and Mike Scott, the main character from my novels, came to visit. 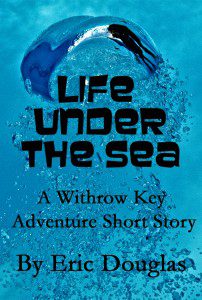 The last story in this collection, Life Under the Sea, is also available as a standalone ebook, but it is brand new. It definitely won’t be the last story, however.

With these eight short stories, we have the scripts for the first episodes of a Withrow Key television series. Now I just have to find a producer…