You are here: Home / Documentary / Breast Cancer: Living Out Loud

Note: The interviews and the columns in this series became the basis for a book: Keep on, Keepin’ on. It was published last spring and is available through Amazon.

Living through a bout with breast cancer, much less a return of the disease, can feel like riding out a hurricane. For Jean Hanna Davis, going through breast cancer for the second time in 10 years isn’t something to keep quiet about. She doesn’t seek attention, but she knows people want to know what’s going on with her, and they care about her; it makes sense for her to talk about it publicly. 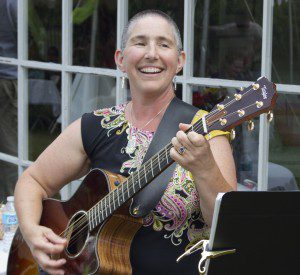 “The big difference between this time and the last time, pre-Facebook and post-Facebook, you don’t have to work very hard to get that sort of encouragement. I need that feedback.”

The following is a series of Facebook posts when Jean was diagnosed this year. 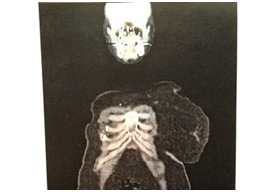 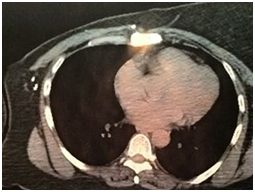 Facing a life-threatening illness and enduring treatment that makes you feel worse than you ever could have possibly imagined, while still trying to maintain some normalcy in your life: work, family, entertainment isn’t for the faint of heart. It takes a lot of support to keep the energy up and keep moving forward. Any cancer patient will tell you that.

“When the cancer came back in the spring of this year, I really looked hard to find the gifts. It is hard to find the gifts some days. But one of the gifts is to get in touch with people. You don’t see the private messages I get. Every day there are at least five messages. ‘Do you need anything? I’m passing through. What can I get you?’ I’ve seen more people and talked to people more in the last five months than I have talked to in the last 20 years.”

The point of talking about cancer online and publicly isn’t about gaining attention, although anyone who has struggled with something will tell you they need that support; it is to reach out to others and help them through their own struggle.

“I think I’ve always been a performer. It is a genetic abnormality to be the person who wants to be in front of people and make them feel good. You give me an audience and I animate. The last time I did this (chemotherapy), I got to the end of the treatment and I thought ‘There is something else I am supposed to do. Public speaking or something as a side gig.’ I am helping with a fundraiser in October that is going to benefit Komen. I’ve thought about ways to work music in and be the presenter. I’ve done that a time or two.”

For Jean’s mother, Arlene, it’s not surprising Jean is using her fight with cancer to support others.

Jean knows she might just inspire or encourage other cancer patients, or people with their own struggles, to “Keep on, keeping on.”

This is the second of a series of blogs for Breast Cancer Awareness Month. Jean Hanna Davis has given me access to each of her chemotherapy treatments while she works to rid her body of cancer for a second time.

I’m not sick, I just have cancer will be the topic for the next post. The other topics will be:

You can see the entire series on the Breast Cancer Page in the non-fiction section of my website.

This series is dedicated to Jean and her family, along with all the women who have fought breast cancer—patients and families alike. Follow this link to find out more about Breast Cancer Awareness Month. It is a clearing house of information with links and connections to many of the major players in the fight against breast cancer..