You are here: Home / Archives for Documentary 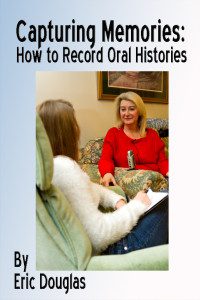 Just about a week ago I had heart bypass surgery. It came completely out of the blue. If you want to read my most recent newspaper column, written from my hospital bed, I invite you to do so. It is titled Don’t Make the Same Mistake I Did. If you think you are feeling “funny” or there might be something wrong, stop denying it and get to your doctor. The life you save…

This situation was ironic for me because one of my pet projects is recording oral histories and literally days before this odyssey started, I published a short “How To” book to teach anyone how to record oral histories with their families. If I had died while shoveling snow I would not have been able to tell you about the book. Or have my own story recorded. That is double irony.

Oral histories are recordings from everyday people about life. They are the day-to-day events that don’t fill up our history books, but are just as important. I’ve recorded nearly 100 oral histories myself and I don’t know how many times I have had families thank me for doing it so they have a lasting recording of a story, an event, or just a loved one’s voice.

The book Capturing Memories: Recording Oral Histories is now available in softcover and on Kindle. It will guide you through the process from choosing your goals, writing out some advance questions and making the recording using your smartphone, a recorder or your computer.

Ten years ago, my first novel (Cayman Cowboys) revolved around the conflict that happens when development squares off against the environment. In that case, a developer was destroying coral reefs in search of treasure while building a cruise ship dock. There were protests, corrupt politicians and good guys trying to save the reef. At the time, I honestly thought it was a little farfetched because the reef in Grand Cayman is a main draw for visitors. The idea that anyone would allow a developer to come in and haplessly destroy coral reefs that have earned the island the distinction of being one of the top diving destinations in the world was a bit out there. I thought. 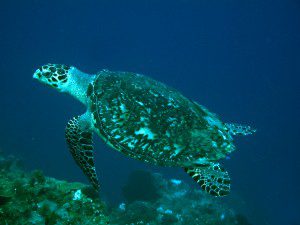 Flash forward 10 years and the government of the Cayman Islands is planning to build a new pier that will allow cruise ships to dock in the harbor and not have to rely on shuttle boats, called tenders, to get the tourists back and forth the dock. The problem is, to build the dock, the government is going to have to destroy acres of viable coral reef and a historic wreck dive site that is in the middle of the approach to the harbor. They have discussed the idea of moving the reefs, but that’s just about the most absurd thing anyone without a financial stake in getting the dock built has ever heard. Those who have a financial stake in the dock think it makes perfect sense. 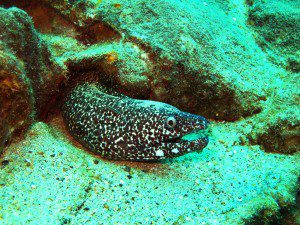 The short version is they would have to cut loose and lift thousands of tons of rock and then relocate it to a new area. It’s all underwater, of course, and you just can’t blast it loose and then scoop it up. It would have to be cut loose from below the sand and carefully lifted and moved. On top of that, wherever you would move it to would have to have similar conditions of currents, depth and sunlight to allow the coral reef to continue living.

In short, it’s impossible. Read this opinion piece on the subject.

None of this makes any sense. Unless you consider that the cruise ship lines want the dock. And they spend a lot of money on the island. It all comes back to short-sighted decisions in the interest of money.

The above video is just a simple collage of eight different dive sites in the area near the harbor. All of it will be destroyed or seriously degraded by the actual construction and the dredging. The conditions weren’t perfect the week I shot the video. As a matter of fact it rained every day so the visibility was a little degraded. A couple days, it was raining while I was in the water. Still, it shows the amazing diversity of undersea life on Grand Cayman. And it shows what we all stand to lose all in search of money. In the long run, tourism will suffer. 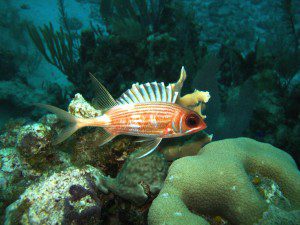 I think I’ll try to get back to Cayman one more time before they move forward with this disaster. Because once construction begins, the island will be permanently off my destination list.. 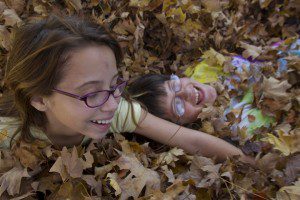 In 1998, I left West Virginia headed for California. I remember thinking the place would be full of health food restaurants and gyms, along with high-end stores. I remember wondering if they would serve iced tea in the restaurants.

I know, I know, I sound really naïve. Believe it or not, I had been out of the state and had even traveled internationally. But those were my perceptions of what “California” was. That’s what we see on television and in the movies. We only hear about beautiful people doing beautiful things. For the record, there are plenty of fast food places, including an ironically named Fat Burger, and lots of not-so-beautiful people.

A few years later, I made my first trip to South Africa. Most of what I’d seen in the news were the shanty towns and the slums with dirt streets. Intellectually I knew there were cities, but it was still a surprise to see everyday people going about their everyday lives in suburbs and cities—both black and white. And both races were working side by side. Apartheid had ended 10 years before.

Just last week, I heard about a similar project called West Virginia Point of View. It’s a collection of photos taken from Instagram. Chris Hodge, who developed it, explains on the site that photos are pulled regularly from the photo service, but then a human curates the photos and decides what to display. This is done to avoid privacy issues. The photos represent real people doing real things; going to baseball games, concerts and whatever else they get into. There aren’t “gritty black and white photos.” Unless, of course, someone uses an Instagram filter.

Poverty and despair are everywhere in the world (including California). But those things don’t represent a complete picture of any place. The trick is to not allow outsiders to dictate that public perception.

It’s human nature to remember the good times and forget the bad ones. Even really difficult parts of our lives become good stories later. We survived them after all, so why not celebrate that fact.

I recently completed the first phase of the FestivALL Oral History Project, collecting personal stories from Charleston area residents. Over five days I recorded interviews with people, listening to stories of their childhoods and adult lives in West Virginia.

Many of the people I spoke to were born during the Great Depression and grew up in the 40s and 50s. They told stories of not having much and occasionally wondering where their next meal would come from. They talked of hard work to tend gardens and care for farm animals or seeing fathers come home from the coal mines, covered so completely all they could recognize were their fathers’ eyes. In spite of these things, most of the people telling the stories remembered those times positively, if not fondly.

Probably the most jaw-dropping story I heard was from Norma Sodaro. She came to Charleston in the early 1950s to attend nursing school. Charleston was the big city in her eyes after growing up in Shady Springs, West Virginia. Six weeks into her nursing program at St. Francis Hospital, she said, the hospital hired a black nurse and 23 white nurses walked out. (News reports I found said there were three nurses hired.)

Sodaro said the nursing students were put to work on the hospital floors caring for patients until St. Francis could bring in nurses from other hospitals to return the hospital to full staff. She explained that she knew nothing of charting or caring for patients at that time, but that didn’t matter, she got pressed into service. The story made national news at the time, even being covered by Time Magazine in May of 1951.

I bring this up mainly because it’s an amazing little piece of history and a story I’d never heard before, even though I grew up here. But, also, we West Virginians like to think we’re above those racial issues and attitudes. “We aren’t the deep south. We joined with the Union.” you will hear people say.

People often look back on the 1950s as the golden age of the United States while saying that things are falling apart today; sort of a “Happy Days” mentality. It’s also possible that we choose to forget the bad things and only remember the good..

At another point during the interview, she’d talked about vacationing in Hawaii, which led to the 1977 Williamson flood, which led to the story of her running up the hill to escape the rising waters — carrying her daughter in her hands.

“I felt like my life had meant something, surely, somewhere down the line,” Nancy Ball said Tuesday, after her interview with Eric Douglas at Emmanuel Baptist Church on Charleston’s West Side.

Ball was the first participant in the FestivALL Oral History Project, which Douglas is facilitating. On Tuesday, she met with the local author and photographer and told him about the building of Capital High School, working as a tour guide at the state Capitol and the 211 circuses she’d seen as a Charleston Civic Center employee. As both Ball and Douglas said, you just don’t know where a conversation will lead.

“That’s one of the great things about this,” Douglas said, after interviewing Ball.

“The thrill of discovery — I don’t know what I’m gonna get.”

Douglas sat at a small table in one of the church’s parlors. In front of him was a Dell laptop computer, a silver microphone — which looked like a cross between Sputnik and a shuttlecock — and a stack of gold CDs.

After he interviews participants, he gives them a recording, burned to a CD.

“As older generations pass on,” Douglas said, “we lose institutional memory. This is something they can pass down to their family.”

Douglas will be interviewing about 30 people at various locations around Charleston. When he wraps up on Monday, he’ll be tasked with looking for themes within the transcripts. He plans to put together a documentary of some sort — something digital, perhaps, with some multimedia bells and whistles. The documentary will hopefully be done by FestivALL Fall, he said, adding that he will donate his recordings to the state archives.